Get FREE Live Support during the Summit - Connect, ask questions and network 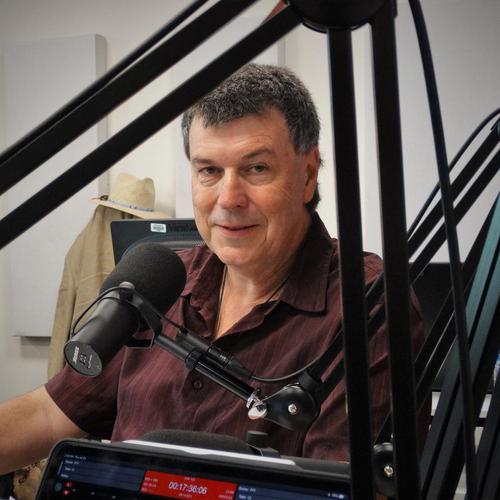 Ever wish you could somehow use all that music knowledge you’ve got in your head to somehow help the issues within your head? Ivor believes this is a real possibility. The power of music is well known to those of us who love it and know of its quality to adapt our emotions for good or harm. With over 25 years of success in psychiatric facilities as a music therapist, Ivor has created several successful programs for addiction treatment, depression, PTSD to name a few. That’s where he documented the music people listened to and how they used it.

Talks covered by this speaker

Chose The Tune - Fix Your Mood

Listening to music for entertainment is normal, listening for motivation is productive, listening to enable a bad habit like fear and inactivity is harmful.

People who have invested a lot of time looking to music to overcome the traumas of life. And it was there where he created

The Power of Positive Playlists.

Most people don’t know all that music they’ve been listening to over the years is now a type of companion that travels with them to work, home, or vacations. It influences their choices, their hopes, their goals and the people in their social circle.

For years, Ivor has coached people through the process of creating positive content laden playlists to effect change that comes from the thing they already believe in and use every day: music.

So if you’ve spent a lot of time in headphone or earbuds squeezing the last emotional drop out of your music to get one more boost, then you’re just the person we’re looking for.

“I was one of those kids that sat by the radio at night with a tape recorder to make my own playlists on cassettes. When depression overtook me, I fell in with some people who set me back and I found myself homeless. The music still played in my head. For a while it was my only companion that spoke kindly to me. I found my way back and spent months in a hospital to get on my feet.

It was then I noticed the music in my head began to change. Later, I became a music therapist and it’s been a great ride using the companion most people have as a companion to heal and make aware of their own potential.”

For those that want to know the numbers:

He graduated from Sam Houston State University in 1993 as a music therapist and has served in psych in a variety of populations and all age groups including Veteran’s hospitals, post-surgical rehab, medical and psychiatric hospitals, head trauma units, nursing homes, public schools and day treatment centers. Included in his practice, Ivor applies the power of Music Therapy, using drums, percussion, guitar, voice and digital media to teach, apply and heal.

Also, he has applied these years of experience in psychiatric care to become a Certified Life Coach. Using a curriculum developed by Dr. Larry Gilliam, Ed.D., Ph.D., L.P.C.-S., L.C.P.C., C.S.C., founder of Dayspring Counseling, where he has been certified and contracts to see patients on an individual and group setting.

Having rescued dogs since 1985 he now trains them to become certified Therapy Dogs that travel with him to facilities and hospitals.

He’s married over 27 years to his wife, Kristina who also contracts as a music therapist and home schools four noisy children.

Your logo could go here!

If you'd like to get your brand in front of attendees following the categories this speaker is talking about (on this page, via email and during each talk) contact us.
We use cookies This website (and some of its third-party tools) use cookies. These are important as they allow us to deliver an exceptional experience whilst browsing the site.